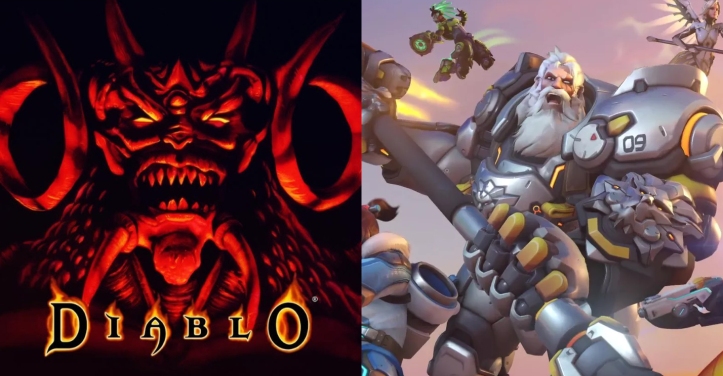 American videogame holding company Activision Blizzard has long built decades’ worth of popular game titles from the two entities that comprise it now, Activision and Blizzard. They have also made inroads into adapting some of their intellectual properties into other media, particularly the games from Blizzard. The results have been rather mixed, with the 2017 movie version of the strategy game “Warcraft” failing in reviews and US domestic box office but saved by better earnings overseas. There has been some buzz about more adaptations for Blizzard titles coming soon. This time they are going to take the animated approach, and of two distinct styles too.

IGN tells us that Activision Blizzard Studios, the media production subsidiary of the major game software company, has begun the groundwork for turning two hit Blizzard videogame franchises into animated shows. This was shared by the studio co-president, Nick Van Dyk. First, the classic Blizzard dungeon-crawling game “Diablo,” of which a fourth main installment is coming soon, will receive an anime-esque show in the same vein as the adaptation of Konami’s “Castlevania” on Netflix, which will also be where “Diablo” will be released. There will also be a cartoon series based on the more recent multiplayer FPS hit, “Overwatch.”

Van Dyk, before becoming co-head of Activision Blizzard Studios, has been a media executive of a Netflix exclusive animated production, “Skylanders Academy.” This makes him an old hand in developing cartoon series, and working with Netflix would explain the decision to give an anime design to the series that will be based on “Diablo.” As for the “Overwatch” production, there is still the question on whether it will be 3D-animated like the promotional shorts Blizzard has released for the game over the years, or 2D. All Van Dyk says is that the series has been developed and sold, and that he had a collaborator during planning.

Blizzard’s “Diablo” saw its first game come out in 1997, and is centered on various adventurers across its three games and assorted expansions fighting the “Prime Evils” of Hell, primarily the Lord of Terror Diablo. Its latest installment “Diablo III” came out back in 2012, with the most recent expansion for it arriving in 2017. “Overwatch” from 2016 on the other hand is set in the future, and chronicles the battle between the Overwatch special task force and the Talon terrorist organization. “Diablo IV” and “Overwatch 2” were both announced by Activision Blizzard just last year, but both do not yet have release dates given.