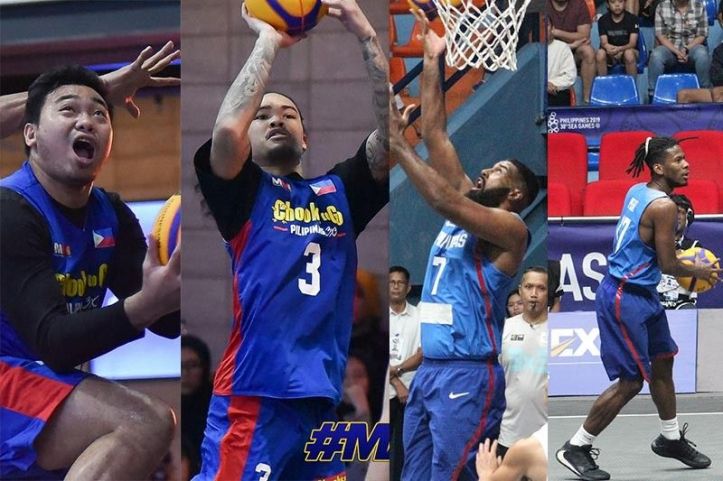 Even in the face of the COVID-19 novel coronavirus, the International Olympic Committee and its local Japanese counterpart has not been deterred from keeping to the schedule of the 2020 Summer Olympic Games in Tokyo in the middle of this year. It is just as well considering the number of new sporting events that will be introduced for competition there, including half-court 3×3 basketball. The Philippines is assembling its own little roster for 3×3 play, taking talent from both the PBA and the one-year-old 3×3 league. But first these players have to get through the Olympic Qualifiers happening next month.

CNN Philippines reports that the players for Team Philippines in the 2020 Tokyo Summer Olympics have been finalized in good time for them to take part in the qualifying tournament to be held in India. The Philippine Basketball Association (PBA) made the announcement Tuesday, February 19, on its official website. In accordance to 3×3 basketball regulations there are four players – three on half-court and a substitute. They are composed of Moala Tautaa of the San Miguel Beermen and CJ Perez of the Columbian Dyip from the PBA, and joined by Chooks-to-Go Pilipinas 3×3 league players Joshua Munzon and Alvin Pasaol.

In terms of representing the Philippines as athletes, this is not the first rodeo for Tautaa and Perez. They were part of the Gilas Pilipinas roster coached by Tim Cone that dominated all opposition during the 2019 Southeast Asian Games held here last December. Pasaol and Munzon meanwhile are fixtures in the Chooks-to-Go Pilipinas 3×3 league, playing for the Wilkins Balanga Pure (spun off from the MPBL team Bataan Risers) and Gold’s Gym-Pasig Kings respectively. Munzon has also played in the ABL for the Kuala Lumpur Dragons, while Pasaol is a UAAP veteran graduated from the University of the East.

While the Philippines’ dreams of regular (5×5) basketball qualification in the Olympics this year have already been dashed, they might still have an opportunity to field cagers for the debuting 3×3 game format with this quartet of PBA and Chooks-to-Go Pilipinas league regulars. In the 3×3 qualifiers the Philippine contingent are put in Group C, and must get past opponents of varying quality in the Dominican Republic, France, Qatar and Slovenia. They must place in the top two for their group to reach the quarterfinals, and from there place in the top three to qualify for the Olympics. The qualifying tournament will be at Bangalore, India from March 18 to 22, and thankfully has not been pushed back so far in spite of the COVID-19.