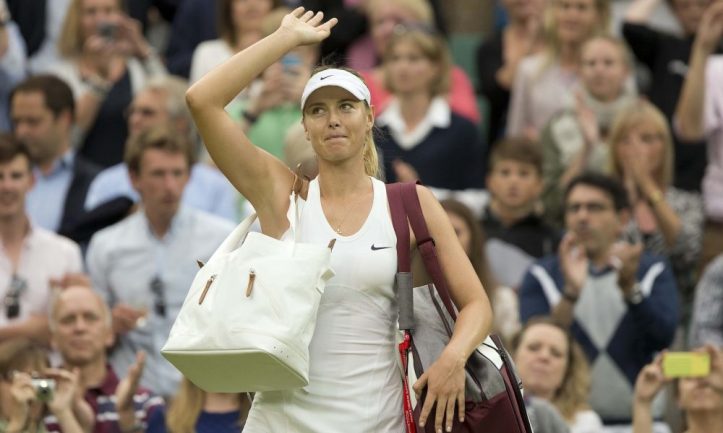 It is an ironclad fact that not all people could stay in a career forever, be it in business or in the more active world of sports. Particularly for athletes, the advancing of age will eventually wear down on their physical condition until they would have to retire. The question then is when the right time to retire from a sport would be. For some sportsmen, they tend not to wait long, like the late Kobe Bryant who left the NBA in his late 30s. Another great from another sport seems to agree with retiring at that decade: Maria Sharapova.

CBS Sports has it that the American-based Russian tennis superstar Maria Sharapova has decided to retire from professional tennis at the age of 32. She made this surprise announcement on Wednesday, February 26, or just about 25 days after the end of the 2020 Australian Open, the last Grand Slam tennis tournament she would participate in before revealing her decision. Sharapova would contribute an essay to Vanity Fair detailing her intent to retire and embark on the next chapter of her life, to “scale another mountain” in her own words.

“Tennis – I’m saying goodbye,” Sharapova’s essay bluntly says. She described how playing the sport ever since she was only four gave her a life, which saw her becoming a strong contender against the likes of Serena Williams, whom she beat at age 17 in 2004 at Wimbledon. The following year she would become ranked number 1 according to the World Tennis Association (WTA), staying at the top for 21 weeks. Added to that achievement are her five career Grand Slam titles, one each from Wimbledon, US and Australian Opens, plus two at the French Open. But what might have driven Sharapova in her decision to leave pro tennis at 32?

There are several factors. Physical-wise Maraia Sharapova’s playing has left her with some wear and tear in her right shoulder, which forced her to undergo surgery several times with the latest only last year. Then too, she was banned for failing a drug test during the 2016 Australian Open, according to the World Anti-Doping Agency. Unfortunately the pro tennis community was mostly unsympathetic when Sharapova gave a defense for her US-banned medication. The fact that it also cost her several product endorsements would have left Sharapova with some bitterness. Finally, her first-round elimination in the recent Australian Open must have felt like the final straw.

But in her retirement essay Sharapova showed great poise and made little mention of her many career disappointments. “Tennis showed me the world — and it showed me what I was made of,” she says. “It’s how I tested myself and how I measured my growth.”