Once More, Unto LONDON’S WEST END for RACHELLE ANN GO 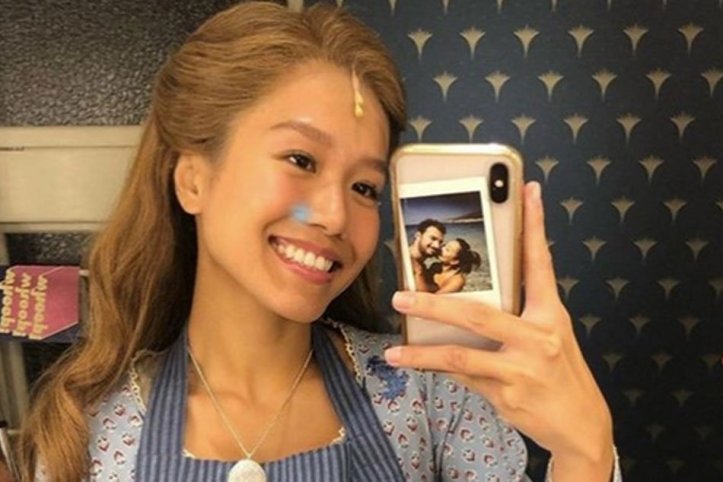 There are some who might say that Rachelle Ann Go is the Lea Salonga of a later generation: establishing herself as a singer and recording artist, with some acting on the side, then getting to go abroad to perform as a stage thespian on the major theatrical hotspots on both sides of the Atlantic – West End of London and Broadway of New York. And Go has done great in representing Philippine talent from her great performances at some of the biggest titles in theatre, from “Miss Saigon” to “Hamilton.” Now she is back in the saddle at the UK, reprising her part in “Les Mis.”

The Manila Bulletin has it that Rachelle Ann Go is back in London’s West End as part of the cast for another staging of Claude-Michel Schonberg and Herbert Krtzmer’s musical adaptation of Victor Hugo novel “Les Miserables.” This new production opened this week at the Sondheim Theatre, and Rachelle is putting back on the hair covering and servant’s dress that is hers in the role of Fantine. The actress posted an Instagram photo of herself in costume dated on her first night back with the troupe on Wednesday, March 4, which was then shared by Sondheim Theatre on their page.

I’m back @lesmizofficial 🇫🇷 Last night was fun but nerve wracking🙈 I’ll be blonde for the next 7 weeks then back in July!💃🏼

From the basic scheduling she  gave on her Instagram post’s caption, Go will be portraying Fantine, mother of the adopted daughter of “Les Mis” protagonist Jean Valjean, from this week in March up to April 18, or seven weeks. Following that she will be on break from performing while her part is picked up by British thespian Carrie Hope Fletcher. However Rachelle will be back in the role by July 27, although the end date of her second run with this current musical production has not been given so far.

Rachelle Ann Go’s initial forays into musical theater were in official musical theater adaptations of famous Disney animated films. In 2011 she debuted on the Manila stage as Ariel in “The Little Mermaid,” followed by “Tarzan” in 2013 where she was Jane Porter. Her first major overseas musical part was as supporting character Gigi in “Miss Saigon” for West End (2014-14), which she then reprised on Broadway in 2017. Her return as Fantine on “Les Miserables” marks her third portrayal of the character, first on Queen’s Theatre in West End (2015-16), then in The Theatre at Solaire, Manila in 2016. Her most recent West End performance was as Eliza Schulyer in “Hamilton” from 2017 to 2019, also in West End at the Victoria Palace Theatre.