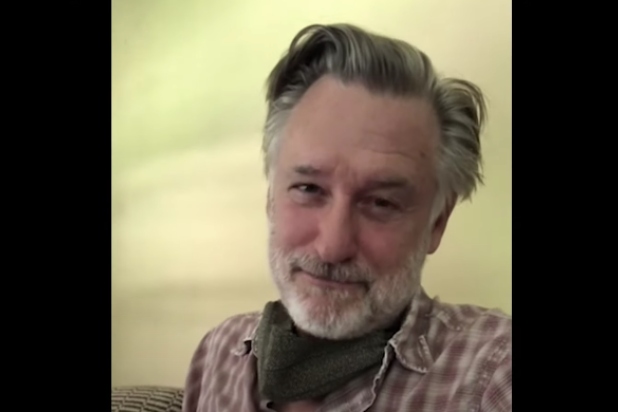 Alien invasions of planet Earth have been a campy plot subject on film and TV media for quite the number of decades in the 20th Century. That was at least until the 1996 20th Century Fox film “Independence Day” by the creative duo of Dean Devlin and Roland Emmerich made the image of flying saucers attacking famous landmarks shift from hokey to frighteningly awesome. While the two-decades delayed sequel “Independence Day: Resurgence” failed to recapture the hype, there is still a vivid public memory of the franchise that one of its main cast was able to connect the recent July 4 celebration with a reminder for a health safety reminder.

As Entertainment Weekly tells it, actor Bill Pullman channeled his “Independence Day” character of (fictional) US President Thomas J. Whitmore in a brief public service announcement reminding Americans to wear facemasks when going out, especially during the recent Fourth of July weekend. Pullman’s PSA, produced by the Alamo Drafthouse Cinema chain, comes in the wake of continued alarming highs in the infection rate of the novel coronavirus, or COVID-19, in the United States. This was punctuated by the July 4 confirmed-new case record of 48,631 which trumped the US record from last week by 11,740.

“I may not be your president right now, but I’ve got to tell you that the Fourth of July is still my favorite holiday, and it always will be,” says Pullman, making reference to his Presidential character’s speech shortly before the climactic air battle against the “Harvester” aliens from the original film. He then spoke of celebrating freedom during the July 4 weekend by making sure to wear a facemask, which he calls “freedom masks,” when going to public places.

In Pullman’s words, if Americans will make sure to put masks on whenever they go out, “we’d be a little closer to being free to safely go back to places like bars and restaurants and schools and, most importantly, movie theaters.” The last part raised a few eyebrows in accompanying commentary as a reminder that it was a movie-house chain that put out the PSA

Bill Pullman co-starred with Jeff Goldblum and Will Smith in Devlin and Emmerich’s “  Day,” which depicted a devastating alien invasion of Earth over a Fourth of July weekend. Pullman’s Whitmore, a 1991 Gulf-War US Air Force veteran, was notable among fictional American Presidents for personally leading a retaliatory air strike on the alien city-destroying UFOs in the movie’s climactic act. He would reprise the role in “Independence Day: Resurgence” four years ago, depicting a new and more powerful wave of harvester aliens attacking a significantly changed Earth two decades after the “War of 1996.”

Image courtesy of the Wrap