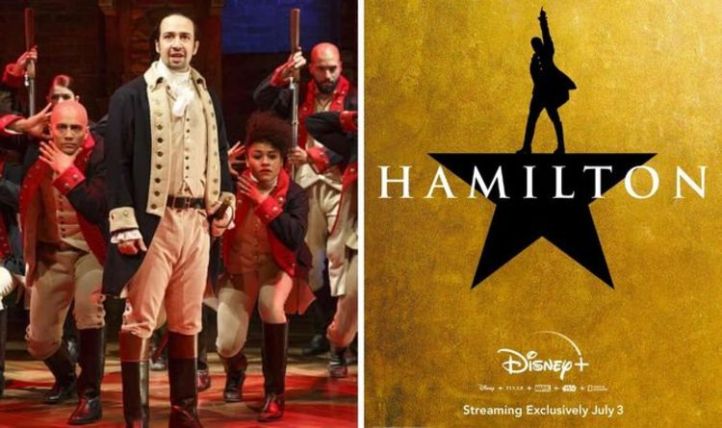 To paraphrase the first lyrics heard, how does a 2016 hip-hop musical based on a biography about the “Ten-Dollar” Founding Father with a non-white cast rapping about the room where it happens and not throwing away a shot, blow to become a new pop-culture juggernaut? Lin-Manuel Miranda’s “Hamilton” musical has been such a runaway hit and fountain of theatrical memes that quite many who have heard of it, dream of seeing it somehow. Unfortunately the COVID-19 pandemic has closed theatres worldwide, some of which have productions of “Hamilton” running. Cue then the film version, supposed to premiere cinematically next year, arriving early on streaming instead.

As the New York Times would have it, Disney’s “Hamilton,” or rather, a recording of a live stage production of the original musical by Lin-Manuel Miranda as performed on Broadway, arrived on online streaming last week Friday, July 3, on the Disney+ platform. It was an epic and righteously pleasant surprise for “Hamilton” fans and online binge-watchers who got to watch a blockbuster Broadway musical for the first time. It was filmed by director Thomas Kail in 2016, with Walt Disney Pictures paying $75 million for filming and distribution rights, for an autumn 2021 release.

Those plans were made in February 2020, when the novel coronavirus was still just an annoying infection from China. The following month it became a pandemic, leading to not just the shuttering of musical theatres featuring “Hamilton” but also the halting of production for new Disney+ streaming content. From there it was not a far stretch to see the “Hamilton” film be reconfigured for a digital streaming release instead. Seeing as the recording was done before some of the originating actors of the Broadway production, including Miranda himself, departed, the spirit of the core cast was captured to near perfection.

Disney has also scored a masterstroke that simultaneously put something new in their Disney+ streaming library but also indelibly sealed the “Hamilton” musical as being an integral entry in the multi-genre library of the House of Mouse. That is not to say that the whole thing is flawless. Original theatergoers know that the musical’s hip-hop and rap lyric can get rather potty-mouthed. The Disney film however dials back on the swearing to fit a PG-13 rating, a move that is not completely divisive but still off-putting for some “Hamilton” purists.

But for a lot of stream potatoes, “Hamilton” from Disney can be considered a breath of fresh air in online media offerings. Theatergoers bemoaning the still-closed theatres might well consider streaming “Hamilton” as a suitable alternative. About the only ones who might be worried are those who still cannot avail of Disney+ on their territories, and are thus bombed that the film might not show on cinemas anymore next year.