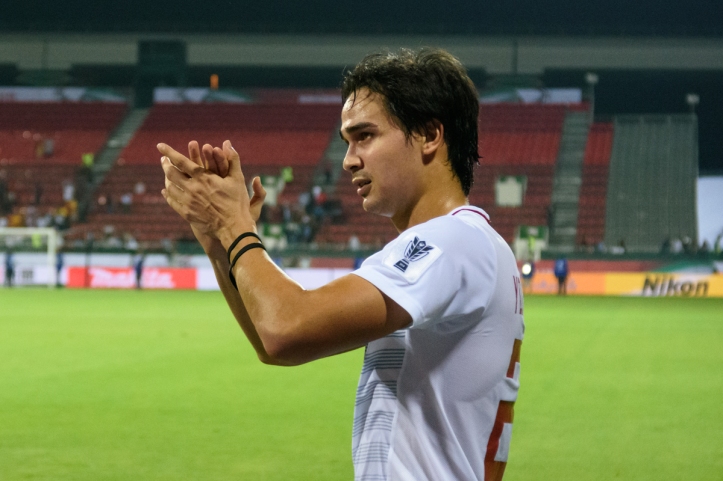 Filipinos probably did not think much about the country’s chances of becoming internationally-known for association football or soccer. That was until the Men’s National Team beat Vietnam to reach semis at the 2010 AFF Championship. The team, nicknamed “Azkals,” became instant celebrities as they kept kicking above their weight in subsequent tournaments. It also helped perhaps that some of the players were heartthrobs like the British-Filipino Younghusband brothers, Phil and James. James has decided to retire from football since last June after his plans to play one last season on the PFL for Ceres Negros fell through after the league was postponed due to COVID-19.

But as CNN Philippines would have it, just because he is no longer playing soccer does not mean that James Younghusband is turning away completely from the sport that defined him to many Filipino sports fans. Last week on Friday, July 3, Younghsuband was interviewed on the cable news network where he revealed that he and his brother Phil have thought seriously on the prospect of transitioning into coaching football after their playing days were over. The younger Younghusband brother, Phil was the first to announce his retirement last year.

James remarked in interview that he and Phil have dreamt of becoming coaches in addition to playing soccer adding, “We would even ask our dad if we can invest in an artificial facility in our back garden.” To prepare himself for such a career, James is considering returning to his father’s homeland in the UK, to study coaching rudiments as well as the football culture of that country as well as the US. He then plans to return to the Philippines to teach what he has learned from the game and from his coaching studies.

And as James Younghusband had helped bring Filipino soccer excellence to the world stage as an Azkals player, so too does he plan to perhaps one day coach the youth squad of the national team as he settles into his new career as a sports coach. This is in line with James’ view that starting the development of soccer excellence with young players and then working with them as they grow up is the optimal way to nurture successful footballers. He should know; in the 13 years that Younghusband has been part of the Azkals he has played 102 matches and scored 12 points overall.