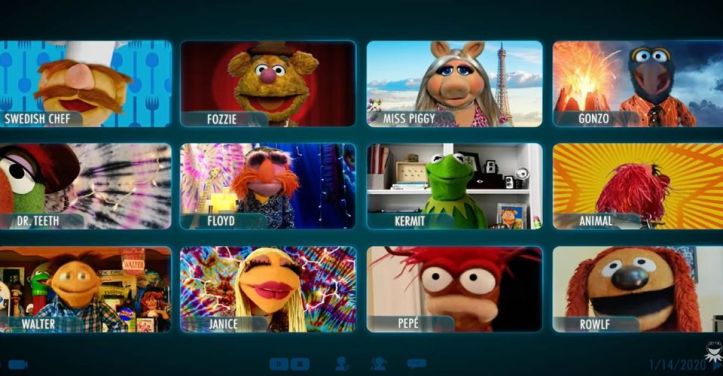 The Muppets, puppet characters created by pioneering puppeteer Jim Henson, are easily the most iconic puppet character ensemble in pop culture. Thanks to their regular appearances in the landmark children’s educational TV show “Sesame Street” over the decades, they are easily recognized. On their own, the Muppets are a media phenomenon as well, with variety programs such as “The Muppets Show” and “Muppets Tonight,” several movies, a “Muppet Babies” animated series and even a short-lived primetime sitcom being their latest production. Over four years after the end of “The Muppets” on ABC, they have a new show soon to stream on Disney+, with their first trailer being released this Wednesday.

As Comic Book Resources would have it, Disney+ just released the look at “Muppets Now,” the latest comedy series from Muppets Studio that is being hyped as the official “streaming” debut of the Muppet character stable in their own dedicated program. Said trailer looks to make a great impression on Muppets fans with its ingenious and contemporary presentation of the new show. It also serves to effectively reintroduce primary characters such as Kermit T. Frog, Miss Piggy, Gonzo and more as they take up the challenge of a new show.

In a nice sendup to the virtual online conferences that came into vogue due to COVID-19, the Muppets stage such a multi-panel gathering to discuss Disney+ green-lighting “Muppets Now,” joined by a beaver-like Muppet character called “Joe from Legal” (ostensibly the Disney+ legal liaison). The virtual conference goes into wordplay hijinks, with Legal Joe insisting the streaming episodes be called “Muppisodes” (to enhance the IP), then providing the cast with a dump of a production studio, where they will be making unscripted content on various topics and are expected to deliver them…by end of July.

You read right. “Muppets Now” will premiere on the Disney+ streaming library on July 31. Each “muppisode” (six for this inaugural season) is slated to run for 10 minutes of whatever the Muppets have in mind to present, from cooking with the Swedish chef, to game shows, to even the call-back talk show format seen from 1996’s “Muppets Tonight.” For franchise fans who felt that the “Muppets” 2015-16 primetime series on ABC was a bit of a letdown, “Muppets Now” promises to bring back quality Muppets wackiness like only Kermit and the gang in their prime can offer. Viewers just have to wait until the end of the month to see if they ring true.