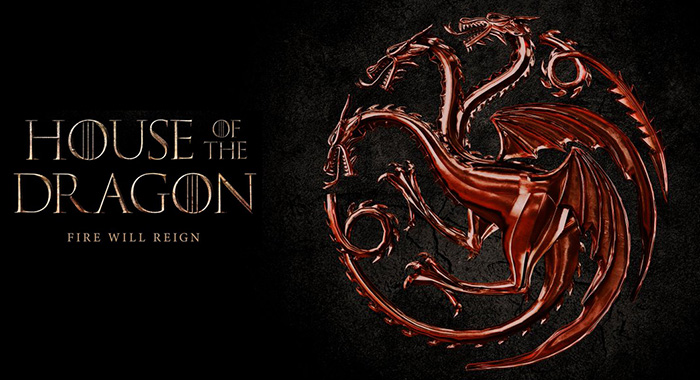 On the one hand, the seven-book medieval fantasy series started in the 1990s by George R.R. Martin has yet to reveal who lives, who dies and what happens to Westeros due to book 6 not yet being published. On the other hand, the HBO TV series interpretation of “A Song of Ice and Fire,” titled “Game of Thrones,” already finished early with a definitive-yet-divisive conclusion back in 2019. But since Martin did write some supplemental world-building books for the “ASOIAF” story, the pay TV network has been developing spinoff-shows happening before the events of “GOT.” One of these, concerning the Targaryen royal house, is rumored to have new character casting.

Comic Book Resources tells us that HBO may have started searching again for actors, or rather actresses, to portray some principal characters for “House of the Dragon,” a “Game of Thrones” prequel series that focuses on the Targaryens, the family of dragon-riders that united the Seven Kingdoms of Westeros under the Iron Throne. While initial info on the show says its plot would cover the history of the Targaryens in their near-300-year rule of Westeros, details on the alleged casting seems to point that it jumps somewhere in the middle.

Casting rumors for “House of the Dragon” hint that the production is searching for actresses to portray two significant characters in the history of Targaryen rule over Westeros, as explain in detail by George R.R. Martin’s 2018 volume “Fire and Blood,” from which the series will make storyline adaptations. One role is for Alicent Hightower, a noble from the Reach who was married to and became the second wife of King Viserys I Targaryen; the other is for Viserys’ ambitious daughter and firstborn, Rhaenyra Targaryen, who desired to claim the Iron Throne herself against her younger brother and the (male) heir, the future Aegon II.

The criteria for Rhaenyra calls for a twenty-something actress while the Alicent role appropriately would have someone (slightly) older as the Princess’ stepmother. Fans of the “ASOIAF” books and its “Game of Thrones” TV version would have heard from character dialogue some details of the background historical conflict involving Rhaenyra and Alicent, called the Dance of the Dragons, which led to the codification of specific succession rules for the Iron Throne, and led to the eventual extinction of the dragons that were the Targaryens’ “fantasy nukes” against opposition to their rule over the Seven Kingdoms.

George R.R. Martin and Ryan Condal are co-creators of “House of the Dragon” for HBO. The first wave of casting calls was done this past January 2020 for the first Targaryen King, Aegon I, and his sister-wives Rhaenys and Visenya. The spinoff is expected to have 10 episodes and will premiere no earlier than in 2022. A pilot is set to be written and directed by “Thrones” writer-director Miguel Sapochnick.