FRIENDS REUNION for HBO MAX Could RESTART Production in AUGUST 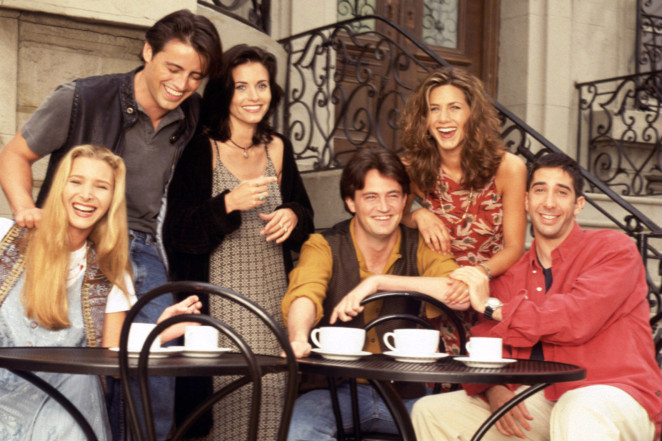 NBC sitcom “Friends,” the one with the bunch of titular friends living in Manhattan as they live fun and heartwarming lives over the years, is easily one of the most beloved TV shows of the turn of the millennium not just in North America but the world. It is understandable then that a one-shot reunion special, planned to be a launch title for HBO Max streaming (along with the original sitcom’s 10-season run), became eagerly anticipated by fans of “Friends.” Producer Warner Bros. TV would have already started work on the special before HBO Max launched last May. Of course, COVID-19 ruined those plans…just temporarily.

CNN International tells us that the “Friends” reunion might soon be back in production, according to one of the iconic sitcom’s lead stars. On “The Tonight Show with Jimmy Fallon” this past Monday, June 20, David Schwimmer revealed that plans re in place to get the special filming anytime next month. “It’s supposed to happen maybe in August, the middle of August, but honestly, we’re going to wait and see another week or two if we all determine it’s really safe enough to do,” explains Schwimmer, who portrayed Ross Geller.

Even with the plans being halted for a time by the coronavirus outbreak, certain elements of the production will remain unchanged, such as the special being unscripted. A portion of the reunion will comprise of interviews of the “Friends” cast (the ones still around, at least). Schwimmer also hinted at some “surprise bits” that could mean anything like improvised skits of the characters well after the show finale in 2004. Of course, that is all conditional to the level of safety considerations the production would have to make to resume work, as the actor adds that if the COVID situation worsens then they would still have to wait awhile again.

During his interview with Jimmy Fallon on “The Tonight Show,” David Schwimmer revealed a “what-if” scenario on if he had decided not take up NBC’s offer to join the cast of “Friends. A prior TV series that was a cast member in downplayed his character role to the point that he felt like a “prop.” It was eventually cancelled after only 12 episodes but Schwimmer briefly considered not involving himself in sitcoms anymore, only to take a chance with the Central Perk gang. The results, as it were, became history. There is no date yet on when the “Friends” reunion will arrive on HBO Max.