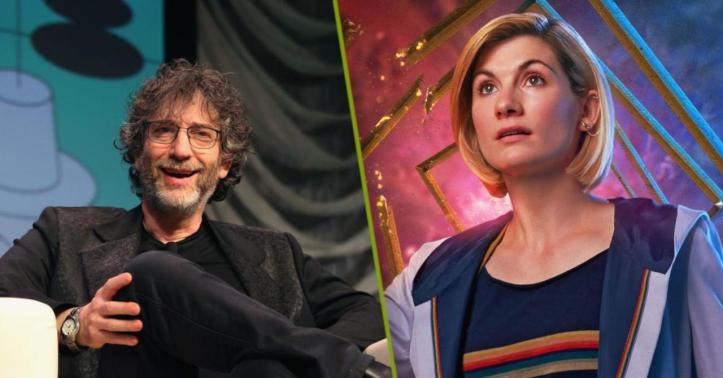 Where America has the likes of “Star Trek,” for British TV audiences the long-running sci-fi franchise of choice would have to be “Doctor Who.” Chronicling the spacefaring, time-travelling and dimension-hopping adventures of the alien “time lord” Doctor and his ever-changing rotation of (mostly) human companions in his police box-looking TARDIS, the BBC program has been a fixture of TV pop culture in the UK and another favorite British export. Such has been the footprint of “Doctor Who” in entertainment media that many writers have taken turns at creating plots for episodes of the show. Case in point is British author Neil Gaiman, who wants to pen an episode for the current iteration of the Doctor.

Comic Book Resources reports that writer extraordinaire Neil Gaiman is interested in putting together an episode for the 11th series of BBC One’s “Doctor Who” starring actress Jodie Whittaker as the 13th “regeneration” of the titular Doctor (and the first known female version). The author, known easily for his hit comic-book graphic novels “Sandman” and “American Gods,” is no stranger to writing for the iconic British TV show, having done two episodes for series 6 and 7 of the “Doctor Who” revival that began in 2005, with the then-11th Doctor being played by Matt Smith.

Gaiman states in an interview that he has plenty of admiration for Whitaker and her unique take on the Doctor, who has been one of his favorite characters. “I love The Doctor, I think Jodie Whittaker is a fabulous Doctor,” says Gaiman, who also spoke of his regret at missing his chance to craft an episode for when Peter Capaldi was still the 12th Doctor during the 8th to 10th series (2014-17). At the time he was busy adapting his 1990 novel with Terry Pratchett, “Good Omens,” for BBC Two.

Interestingly, “Doctor Who” was one of the primary sources of fun for Neil Gaiman to engage in while staying home during the COVID-19 lockdown in the UK. While going online, he participated with fans in a “tweet-along” of “The Doctor’s Wife,” one of his written episodes for Matt Smith’s Doctor.

Jodie Whittaker as the 13th Doctor starred in two series, the 11th and 12th, of BBC One’s “Doctor Who.” Her next outing as the character will be on the Special episode “Revolution of the Daleks” that will air, as is tradition, during the Holidays in late 2020 or early 2021.