NBA STORE Reopening in PH as ONLINE Retailer this AUGUST 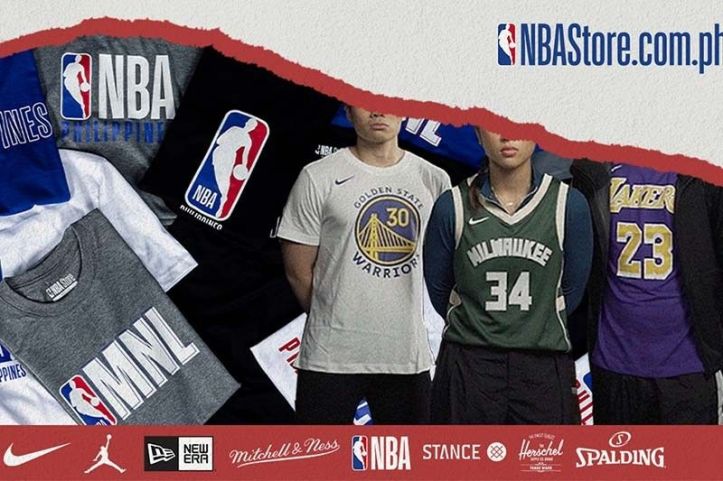 A professional sporting league with a strong international following and as massive in size as the NBA can most assuredly generate immense amounts of merchandise for the global fandom to get their hands on. Thus, opening a chain of retail stores offering officially licensed NBA stuff was the natural course, and they have been at it since the first NBA Store opened at NYC in 1998. The Philippines too had its own branches of the NBA Store chain, at least until two years ago when they were shut down. But the country is famed as one of the world’s most basketball-crazy, so the league’s retailers cannot stay away for long.

Inquirer.net reports that the NBA Store, with its wide selection of official NBA uniforms, clothing, accessories and gear, will finally return to the Philippines, if only in a digital form. This was announced on Thursday, July 23, with the league announced that a branch of their online store for the country is being re-launched and should be ready for online orders from Filipinos next month. To be precise, August 6 is the date when NBAstore.com.ph will open its virtual doors. Its operations will be under local shoe retailer Titanomachy International, or Titan, which has collaborated with Nike on shoe design.

NBA Asia Associate VP for Global Merchandising Lesley Rulloda spoke of the high affinity for the sport of Basketball in the Philippines and among Filipinos. “We know Filipino fans want to celebrate their fandom and express their support for their favorite teams and players so we look forward to outfitting them with gear from all 30 NBA teams and deepening their connection with the league,” Rulloda adds. Having an online NBA Store for the country is a sensible approach as well, as the COVID-19 pandemic is still ongoing and the opening of a physical store would make maintaining protocols difficult.

NBAstore.com.ph is being regarded as the retail chain’s 25th branded online store, and its re-launch looks to reverse the gradual scarcity of official NBA league stuff since the closure of the original Philippine store branches years ago. And with e-commerce getting a leg up the world over because of the pandemic, the NBA is riding on the support for online transactions. With local retailer Titan in charge of the online store, it is thus able to offer exclusive product releases from local providers, such as the NBA Philippines Tees collection.

These NBA Store online launches are timed to happen mere days after the scheduled restart of the COVID-interrupted NBA season, starting July 30 and ending no later than October 12.