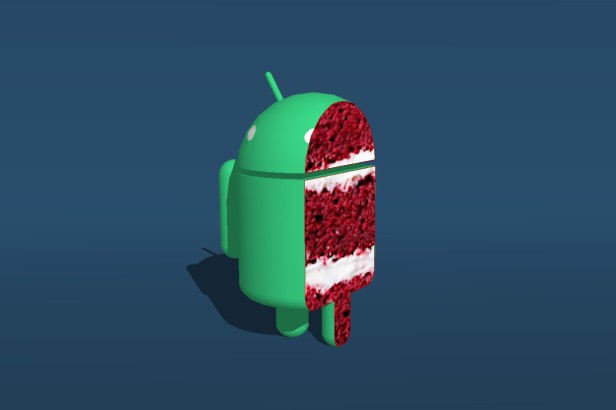 Last year, Google decided that a traditional convention of their open-source mobile operating system, Android, has finally worn out its welcome. The year 2019 would see the tenth major release (out of seventeen versions) of the Android MOS, and it was simply branded Android 10. Its predecessor releases, major or otherwise, had almost all been labeled during internal development with a name taken from a variety of dessert items. Having Android 10 come after 2018’s Android Pie (ninth major release/16th version) came across as a break from the past towards a bigger future. And then as it turns out the 11th major release will have a dessert nickname after all.

As The Verge would have it, the development teams working on Android are not quite used to letting go of the dessert naming theme for versions of the one major mobile OS outside of Apple’s iOS. While there is a chance that it may not come into official consumer use, Android 11 is known internally as Android “Red Velvet” cake. That comes from “R” as Android 10 from 2019 was Android Q, but where the developers never quite gave Q a dessert name, its successor with R was easy designated like a piece of cake.

Pun aside, the last part is not entirely accurate. Android developers did turn the Q in Android Q into “Quince Tart.” Yes, a dessert item but not one that is generally known worldwide. And that is one factor in Google’s Android team dispensing with the dessert names for commercial use. Some of the terms from past versions were noted as hard to pronounce by non-English-speaking Android users. So for now, the dessert designations stay internal with the developers, though curious fans might take up use of them with some affection.

While Android 11 would be officially released under that name-number designation, it does try to grab attention through visual art. The minimalistic Android 10 logo (a stylized Q) now feels less evocative than its follow-up’s mark. It shows a dial with 11 knobs on the outside, a cultured shout-out to the 1984 mockumentary “This is Spinal Tap” from Embassy Pictures, which featured an amp with volume dials that go “up to 11.” The logo for Android 11 promises some great features and capacities for the MOS, which was first released in February with the “latest preview” of Beta 2.5 coming out last Wednesday, July 22.