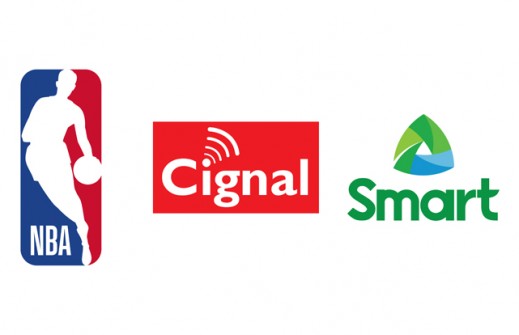 Even a highly contagious viral infection like COVID-19 cannot keep a long-established professional sports league with an international fandom down. Throughout this month the National Basketball Association (NBA) has undertaken epic-level preparations for salvaging the 2020 season with what little time remains this year. In the “NBA Bubble” isolation zone in Walt Disney World, 22 of the league’s teams have been practicing under strict health and safety protocols looking ahead to the resumption of a shortened season in July 31. And thanks to a double-team effort by a local satellite TV provider and one of the “mobile-com pillars” of the Philippines, NBA-starved Filipinos will be able to watch the action.

CNN Philippines has it that the upcoming “NBA Bubble” season and future seasons of the world’s greatest pro basketball league will be accessible to viewers in the country following a multiyear partnership agreement between the NBA and a tandem of Cignal and Smart Communications. An official statement given Monday, July 27, announced that this partnership will enable the local broadcast of NBA games on free-TV channels TV5 and ONE Sports. Around four games of the league will be aired on the aforementioned channels, for the 2020 Bubble season and beyond.

Starting July 21, the “seeding games” that will determine the playoffs ladder for the teams participating in the Bubble season will be seen on free TV and Cignal, and exclusive free-TV rights for airing the finals of this short season (from late September to mid-October) will belong to TV5. Cignal is even going to do one better by launching a local franchise of the 24/7 basketball-oriented pay-network NBA TV soon. NBA TV Philippines will take the main network’s original programming and give them a localized spin a la CNN Philippines. And let us not forget the live games coverage too.

Meanwhile, exclusive streaming of NBA TV Philippines will be handled by Smart for paying subscribers of their over-the-top service, to be accessed via NBA League Pass. Such pampering of the reputed most basketball-crazy country in Asia was highlighted by NBA Asia managing director Scott Levy, as he spoke of this powerful broadcasting partnership with Cignal-Smart. The sentiment is echoed by Cignal TV president/CEO Robert Galang who says, “With three channels broadcasting the games, Filipinos now have the chance to experience the NBA live on free TV channels TV5 and ONE Sports, and on Cignal TV’s NBA TV Philippines in high definition. The game we all love is now truly home.”