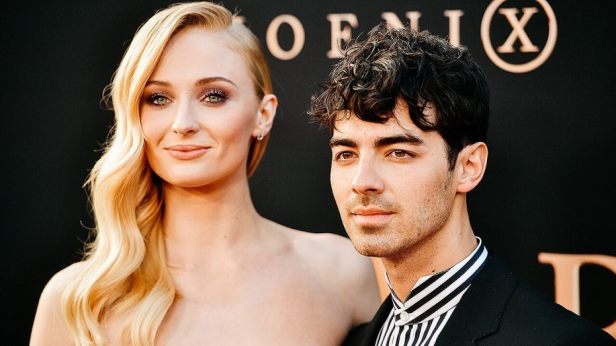 So, a noble lady from the North and a Southron bard, who is part of a pop rock band with his brothers, met and fell in love, then ultimately were wed…Such has been the story of British actress Sophie Turner, best known as Sansa Stark from HBO’s “Game of Thrones,” and Joe of the Jonas Brothers. They were dating since 2016, got engaged/“betrothed” the following year, and got wed last year in 2019, just as Turner’s near-decade-long involvement in “Thrones” concluded in its final season at the same time. Married life for the two has been awesome, as confirmed with news that the two became first-time parents this last week.

As PEOPLE.com tells us, Joe Jonas and his lovely wife Sophie Turner were blessed with their first child in the latter half of this month. A recent statement given just this week broke the good news that they welcomed a beautiful baby girl named Willa to the world on July 22. Turner was reportedly admitted to a hospital in the Los Angeles area where they has been residing, and gave birth there. This was expected as the actress has been photographed in previous months with an obvious pregnancy, though she and her husband chose to keep quiet until the “arrival.”

Inside sources tell that Joe and Sophie have been over the moon with joy at their new daughter finally cementing their relationship as a family unit saying, “The couple is already obsessed and can’t stop gloating about their new addition.” And apparently the two have only shared the news officially with family and friends in order to take their time “enjoying this special moment.” This means the birth only reached the public from secondhand sources, an understandable precaution given that the COVID-19 pandemic was on. Further information provided that their recently-purchased LA home was “baby-friendly,” in anticipation for this time.

With this, Joe Jonas joins older bro Kevin in fatherhood. Kevin Jonas, married to TV personality Danielle Deleassa, was himself blessed with two daughters thus far. Their youngest brother Nick on the other hand, has remarked that he is in no hurry to have babies with his own wife, major Indian actress-singer Priyanka Chopra. In a way this is echoed by middle brother Joe, who with Sophie Turner has actively lain low from the public eye as the latter’s pregnancy progressed. “We got married last year, so we’re still enjoying that time,” said the now-new dad in a recent interview.