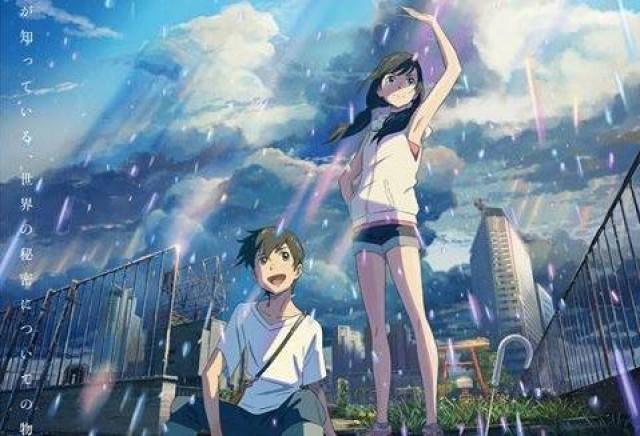 Observers of the past few months would say that the enforced isolation of people inside their residences during the heyday of the heaviest COVID-19 community quarantine period led to a spike in viewership of online streaming services, for those who could afford subscribing to such platforms. And while the world has been taking steps towards getting the economy moving again through work, there are still those to have stuck with streaming content as their viewing fare of choice. This necessity-driven focus online has led to some anticipation on when a long-premiered movie or “old” TV series gets added to, say, Netflix; consider this, for example.

The Manila Bulletin reports that “Weathering with You,” the 2019 Japanese anime film from director Makoto Shinkai, will soon be available to stream on Netflix by the end of July. This is a boon content for the digital streaming giant, catering to anime fans in general and fans of Shinkai in particular. The anime filmmaker has been a serious hit for feature-length animated aficionados in Japan thanks to his visionary storytelling in this and the past decade. His movies include “The Place Promised in Our Early Days,” “The Garden of Words” and 2016 blockbuster “Kimi no Na Wa (Your Name).”

We at Morgan Magazine had a blast watching the film last year, and even posted a great review for it. To refresh your memories, “Weathering with You” takes place in Tokyo in the not so distant future, a city that has been plagued for some time by non-stop rainy weather. Hodaka, a teenaged runaway boy from the countryside, tries to find work in Tokyo but instead meets Hina. Working part-time jobs under false ID due to being underage, in order to raise her younger brother after their mother’s death, Hina reveals to Hodaka her unusual ability to briefly stop the rains and let sunshine in.

From that premise springs a heartwarming and emotional narrative rooted in Japanese mythology and featuring a blossoming tale of young love in extraordinary circumstances like only Makoto Shinkai could tell. In fact, for the Philippine edition of Netflix, “Weathering with You” arrives for streaming not long after the addition of its predecessor “Your Name.” This is just the kind of real yet magical movie that ought to lift up spirits from being battered down by the COVID-19 pandemic outside. Catch “Weathering with You” on Netflix Philippines starting this July 31.