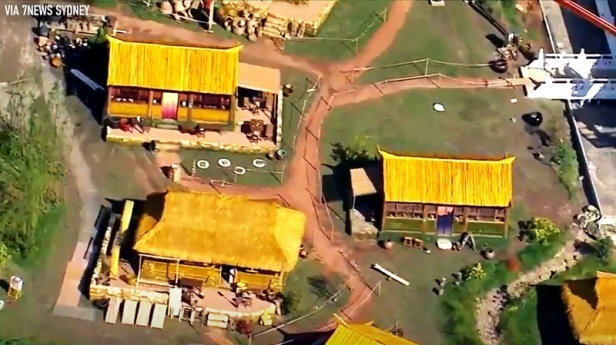 It is difficult to definitive pin down just where on the level of overall safety the world is concerning the COVID-19 pandemic, where it could reasonably allow for resumed operations of the sports and entertainment industries. Much has been said about the “NBA Bubble” which allowed its teams to practice, and then start a shortened season, this July 30. In the film and TV sector, a number of productions have reported they would pick up filming and photography again by this August, such as Marvel Studios. But confirming these is not easy, with safety protocols in place to prevent COVID from spreading. Still, some news agencies find ways to check.

As Comic Book Resources tells us, some of the production detail for “Shang-Chi and the Legend of the Ten Rings,” the third scheduled movie for “Phase 4” of the Marvel Cinematic Universe, were given a once-over by a news crew from the country where the filming was being done. For those in the know, “Shang-Chi” and quite the number of Hollywood films are shooting in Australia, where their work was briefly halted at the onset of the pandemic, then gradually began to resume as quarantine restrictions eased up. A 7NEWS Sydney helicopter crew dropped in on the nearby “Shang-Chi” set.

The news chopper flyby happened on Sunday, August 2, with 7NEWS Sydney catching a birds-eye glimpse of the now-expansive film set just west of the Australian city. Marvel Studios set designers have quickly erected a Chinese-style village with thatched huts surrounding a temple-like structure, with the outside perimeter surrounded by green-screen walls to project appropriate backgrounds in post-production. The 7NEWS report further explains that the main cast and Marvel Studios crew are close to completing their arrival quarantine periods after coming in from overseas, and they cans start shooting scenes soon, some 18 weeks after the original photography starting date.

It's not Asia and it's not Hollywood; it is Western Sydney, home to the newest addition of the @Marvel movie franchise. The 7NEWS chopper captured these scenes today as work resumed building the set for the upcoming production, Shang-Chi and the Legend of the Ten Rings. #7NEWS pic.twitter.com/pvDbMyRHlb

It should be noted that 7NEWS Sydney earlier tried to catch a glimpse of the ‘Shang-Chi” film set on the ground back in March, when all there were erected were the green-screen walls and a prop helicopter. Security personnel were quick to cover the location and shoo the news crew away, so having them later attempt to sneak peek by helicopter was a smart tactic.

“Shang-Chi and the Legend of the Ten Rings” is based on the titular Marvel Comics character, a normal unpowered human who is considered the greatest master of Kung-Fu in the Marvel universe. The title however hints that his opponent would be the classic “Iron Man” villain the Mandarin, who wields ten ancient rings with supernatural abilities. The film stars Simu Lu and Toney Leung, with Destin Daniel Cretton directing from a screenplay by David Callaham, and is scheduled to release in 2021 after “The Eternals.”

Image courtesy of The Direct