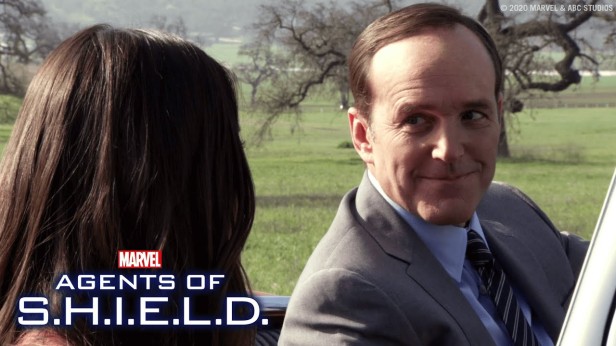 One of the most notable original additions to the Marvel mythos courtesy of the MCU films is the character of Phil Coulson, agent of SHIELD. Portrayed by Clark Gregg, Coulson was a prominent supporting fixture in the initial MCU movies until 2012’s “Avengers,” where he was killed by Loki. But Marvel brought him back to life to headline the story of the first MCU tie-in TV series, “Agents of SHIELD” on ABC. Since 2013 Coulson has been a leading part of the show for all but one season (while his actor Gregg was in all seasons, period). With season 7 being the finale, Coulson/Gregg now opts to formally say farewell.

Comic Book Resources tells us that over the weekend on Saturday, August 8, Clark Gregg gave a farewell address to fans of “Agents of SHIELD,” the seventh and final season of which will air this coming Wednesday, August 12. This is notable as Gregg was in a way also saying goodbye to the show’s followers as his character Phil Coulson, which he debuted in “Iron Man” (2008) before becoming the lead character of ABC’s MCU-related series. Being a film-original character, Gregg was able to shape Coulson’s characterization such that his eventual Marvel Comics version took beats from the actor’s portrayal.

But the important thing now is that “Agents of SHIELD” the show was wrapping up, and Gregg expressed both his surprise at how he graduated from franchise supporting cast to lead a show that ran seven seasons for seven years (and two MCU movie phases). He noted that the show touched on multiple genres, from superhero stuff to espionage, supernatural to sci-fi and cosmic-level adventures. “Over the years, the show has gone through so many different worlds and iterations,” says Gregg, “All these corners of the Marvel Universe that we were allowed to play with.”

Clark Gregg also remarked on how the long series production run has helped form familial bonds between himself and his cast-mates: Ming-Na Wen, Chloe Bennet, Iain De Caestecker, Elizabeth Henstridge, along with popular early-season standouts Adrian Palicki and Nick Blood. “If you would have told me as I sipped coffee on Iron Man 1 that I would go this many layers into this character,” the actor pauses, emotional. “It’s really bittersweet to let that go.” Gregg then thanks the MCU fans for watching “SHIELD” as long as they did, allowing the production and cast to go on as many incredible journeys as they have done.

“Agents of SHIELD” season 7 concludes this week with a double-episode finale for the whole show, “The End is at Hand” and “What We’re Fighting For.” Team Coulson led by the Coulson LMD make their last stand against the Chronicoms, with the fate of the MCU timeline in the balance.