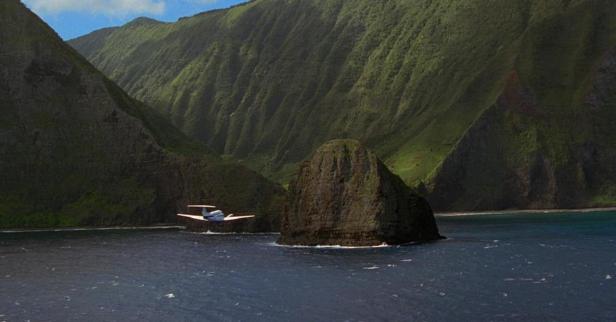 Things are really shaping up for “Jurassic World: Dominion,” the upcoming third film of Universal Pictures’ “Jurassic World” movies, to be a grand finale of sorts for both this “trilogy” and the greater “Jurassic Park” cinematic franchise, of which this is the sixth installment. Not only is Jeff Goldblum back but also Laura Dern from the original film and Sam Neill from the first and third, completing the “Park” trilogy trio. And apparently director Colin Trevorrow is not yet done with the continuity shout-outs. Since “Jurassic Park” and the previous “Jurassic World” movies mostly take place on the same (fictional) island, it was high time to bring “Site B” back.

And that was what Colin Trevorrow did according to Screen Rant. The director, returning for “Jurassic World: Dominion” after inaugurating the “World” films in 2015, shared one photo on social media that has gotten franchise fans abuzz with renewed speculation. Said image was taken on the set of “Dominion” according to “Jurassic” news source Jurassic Outpost, and depicts a multi-stacked cold storage metal container. Its side has the logo of In-Gen, the genetics company that founded the original Jurassic Park before being acquired by Masrani Corporation, founder of Jurassic World.

But on the bottom part of the container is the stark label of “Site B.” Franchise fans would know that Site B stands for Isla Sorna, neighboring island to Isla Nublar where both Jurassic Park and Jurassic World were built (and destroyed by volcanic eruption in 2017’s “Fallen Kingdom”). Sorna was the primary setting of the first “Jurassic Park” sequel, 1997’s “The Lost World,” where Jeff Goldblum’s character Ian Malcolm took center stage. Film backstory has Sorna/Site B as the place where the dinosaurs were cloned before being transferred to Nublar, and eventually the other clone dinosaurs still there were set free after Sorna was declared a paleontological nature preserve.

Some observers however noted certain details of the photo shared by Colin Trevorrow that would indicate that this set location at the very least is a flashback of Isla Sorna/Site B. One hint is the logo of the long-defunct In-Gen company, and another being an old-style wall-mounted phone in the background. Commenters now believe it is a flashback to Site B’s active dinosaur-cloning period, before its facilities were shut down and the specimens were released. That was the condition such labs were in when seen in “Jurassic Park III” (2001).

All in all, revisiting the cloning origins of the Jurassic Park/World dinosaurs seem appropriate given the background of one of the new-era characters introduced in “Fallen Kingdom,” and the natural surroundings of Sorna also reflect the status quo of co-existing humanity and dinosaurs that is certainly the focal plot point of “Jurassic World: Dominion, also starring Chris Pratt and Bryce Dallas Howard, to be released by Universal in June 2011.